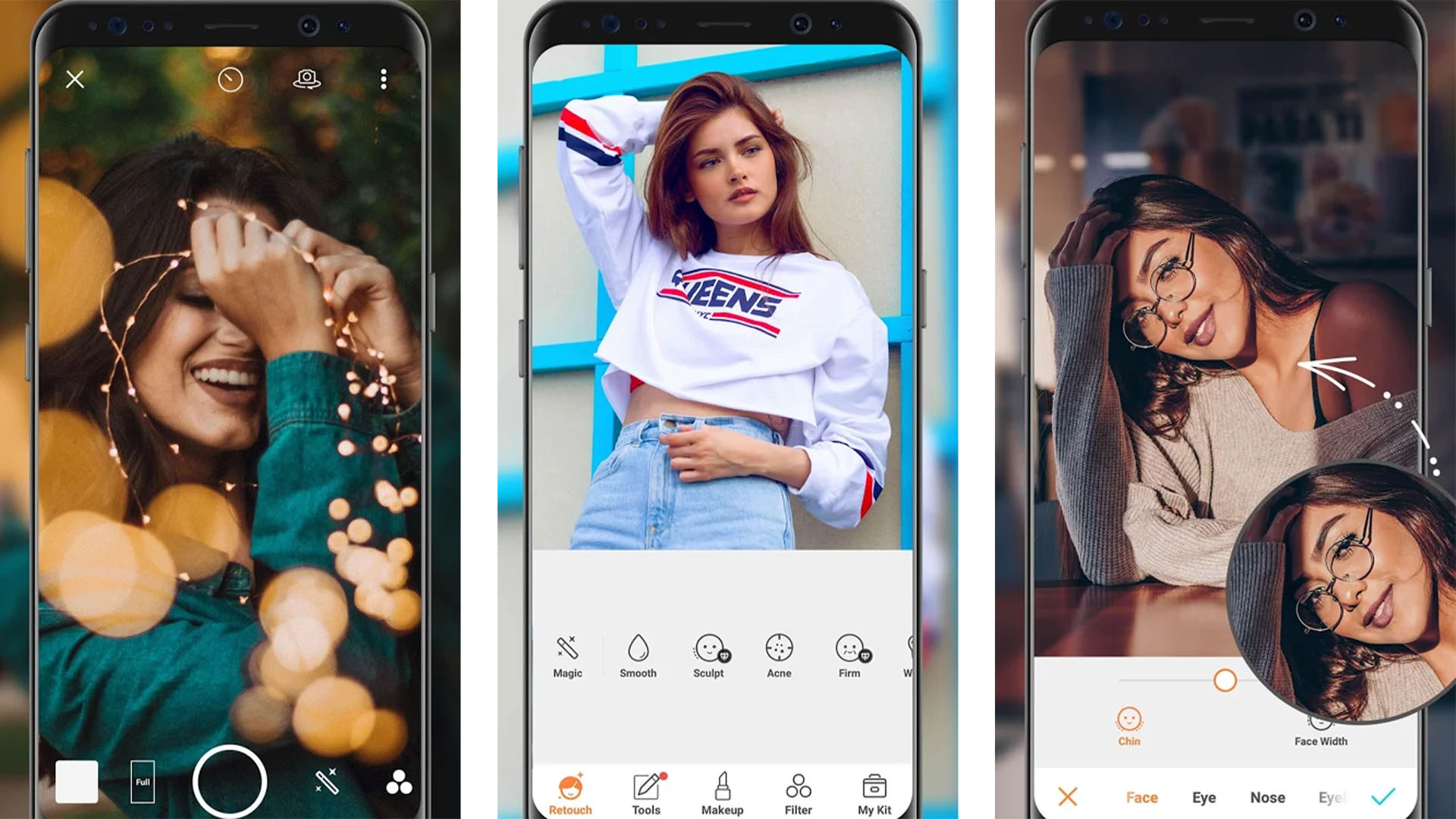 There are three types of photo editors on Android. Some try to be as powerful as a desktop photo editor like Adobe Lightroom CC. The second type is a lighter editor like Snapseed that does the basics and tries to do the work for you. Finally, we have the social media filter photo editors that don’t do much. There are enough of all three of those options to make one’s head spin so we made a list of the best photo editors for Android. Please note, none of these have as much power as something like Gimp, Lightroom, or Photoshop. For

Adobe has a lot of editing tools. They have some of the best photo editors around. You can do simple things like removing red-eye or something big like editing RAW files from your phone or DSLR camera. Adobe Lightroom especially gets updated rather frequently with new features. The only potential caveat is that some of them require an Adobe Creative Cloud subscription in order to use all of the features. Those who already use Adobe CC should definitely just get these since they’re included with a CC subscription anyway.

AirBrush is a great program for editing photos. It has features that are just for people, like removing pimples, smoothing skin, and taking out red eyes. It also has an option to change the background in any photo to be blurry – called bokeh. This app has a separate camera that lets people take selfies. You can get ready, then you can change the photo using special edits before taking it. The app costs money to use some of its features like advanced features, but if you want to try it, you will get 7 days for free.

Fotor has been on this list for a long time. There are many blogs and lists that say Fotor is a must-have option. We agree. It has more editing tools than most and includes the ability to improve photos with one tap for your convenience. Some of the other tools include crop, rotate, brightness, contrast, saturation, exposure, vignetting, shadow, highlights, temperature, tint, RGB, and, if those aren’t working, there are over 100 filters for you to choose from. It’s definitely worth a shot. The only downside is that the app makes you log in to use it and it’s one of the more expensive photo editor apps.

InShot Photo Editor Pro is a new style editor with lots of fun things like filters, stickers, and other effects. It has a store-style layout and you can pick the ones you want to download. Some of them are only available on the pro subscription, so prepare for that. In any case, it edits photos too. You can do things like retouch photos, cut things out of the image, and it covers the other basics like cropping and such. We think the $7.99 per year subscription is relatively reasonable as long as you use the app consistently. Plus, the developer has a bunch of other photo and video editor apps in the Play Store.

LightX is an app that you can edit your photos with. It was very popular on iOS. There are many features, like the background changer tool, color splash effects, and a range of slider tools like color balance, levels, and curves. You can even merge photos together with the app. There are also blur features, photo

Motionleap is a cool photography app. You can turn static photos into GIF-style images by swiping and tapping. The effect works best with things like water or clouds, but there are plenty of other examples too. Some features include adding elements that weren’t in the photo before and overlays that make the photo more fun, However, the ability to add some extra effects is kind of neat. The only real downside is Enlight is super expensive with a $3.99 per month subscription or a single $59.99 price tag. However, we do appreciate that we can buy the app in full if we want to.

Compared to Fotor, PhotoDirector is a newer photo editing app that is pretty good. This one focuses more on manual enhancements and not so much on filters. You can adjust HSL sliders, RGB color channels, and white balance to edit photos the way you want them. There are also sliders for tone, brightness, darkness, exposure, and contrast for more in-depth editing. It’s more powerful than most and should be good for those who want something other than filters.

Photo Effects Pro is for people who like to play with filters, effects, stickers, and things like that. It has over 40 of these things. You can also add text or stickers to your photos. The editing features are basic but there are many of them. However, the developers recently redid the application, and with it came the removal of a few beloved filters and features. Hopefully, the developers add those back in soon.

Photo Lab is not one of the most popular photo editing apps. But it does well. There are over 640 filters, frames, and effects. You can use this app to create montages, edit your photos a bit more than a regular photo app would do, and stitch together different effects to make some unique photos. There is a free version with advertising and watermarks. You can try the free one first before purchasing the pro version.

Photo Mate R3 is a program that is the successor to Photo Mate R2. It is newer than Photo Mate R2, so it will probably get better over time. For now, you can use all of the basic editing tools in this program. It also has native support for RAW files which is great for photographers. The app also comes with a Lens Collection so you can fix lens issues including vignetting, distortion, and chromatic aberration. This is about as pro as it gets on Android. The only downside is that other photo editors are getting similar features.

PicsArt has been around for a long time and it is very popular. The developers update the app to be modern. You will find many things like editing tools, filters, text, stickers, and collages. PicsArt has over 100 editing tools and a community of people who share creative things with each other. You can also use this app to generate animated gifs and even draw stuff on your photos. It’s a strong option with a lot of features. There are also plenty of other photo tools by PicsArt.

Pixlr is one of the best photo editors. It helps you edit your photos and create new ones. Pixlr has a one-touch enhance tool, which is good because it means you don’t have to work so hard on your photos. You can also use this for other purposes too, like making stickers or adding text to your There are also filters, although it cleverly disguises them as “overlays” and also includes cosmetic editing tools like blemish removers and teeth whiteners. It is one of the better photo editor apps with a little something for everybody.

Snapseed is definitely among the best photo editor apps. Google bought this a few years ago. The app has grown into quite a powerful photo editor in this space. It has support for RAW photos which will please photographers greatly. You can also tune the image using a variety of sliders and one-touch enhance tools. There are also some filters as well if you’re into that. It’s deceptively light and simple for how powerful it is. The app is also one of the rare free photo editor apps with no ads or in-app purchases. This is the one we’d recommend first, followed by the Adobe apps and then everything else. However, this app also hasn’t had an update since 2018 so we’re not sure if this is in active development anymore.

TouchRetouch is a photo editor app that does not do what other photo editing apps would. It removes things. You can remove power lines, small objects that are in your photo, or people if you want to. The app will either work well or not at all depending on the situation. We don’t recommend that you expect miracles, but it does do a fairly decent job most of the time. It runs for a single $1.99 purchase, so be sure to test it before the refund phase runs out. You can also use it for free with Google Play Pass if you have it.

Vimage is a new type of camera and editing app. It’s like the LG V40’s cinematography feature. You can take photos with no moving elements and add moving objects to them. You can edit photos by brightening them, blurring them, cropping them, rotating, and changing the saturation. Then you can add any during our testing, I added steam to a food item and falling flower petals to a selfie (don’t judge). This creates some unique animated photos that you simply don’t see every day. The app has a couple of subscription options or a single purchase price if you don’t mind the cost.