Each new generation of Xiaomi fitness bracelets, as a rule, largely repeats the best characteristics of its predecessors, and also receives new improvements in the direction of user friendliness and empowerment. After Xiaomi replaced Mi Band 5 with the release of the next generation of fitness trackers – Xiaomi Mi Band 6, many people inevitably have a question about how much the new product differs from its younger brother Mi Band 5.

Next, let’s compare these devices and highlight the main parameters, where the most obvious changes are visible.

It should be noted right away that outwardly, with the display turned off, not everyone will be able to quickly distinguish between Mi Band 6 and Mi Band 5. The dimensions of the case have changed slightly, literally by a fraction of a millimeter the novelty has become wider and longer, which is almost invisible to the naked eye.

The kit, as before, includes a magnetic charger, suitable for both devices, but as for the interchangeability of straps, there are some nuances. The fact is that in the new model the case has small recesses in the lower part, which include the protrusions of the inner parts of the new generation bracelets. This was done in order to eliminate the backlash of the case, which was characteristic of the Mi Band 5, and thereby ensure a more secure fixation of the device in the strap.

At the same time, there will be no compatibility problems with silicone straps, due to the flexibility of the material, but with leather or metal straps from the previous version, difficulties may arise. But, due to the fact that the choice of straps for the new model is wide enough, it will not be difficult to choose a suitable option to your taste.

Perhaps the main difference between the new model is the size and quality of the display. It has become much larger, largely due to the reduction of the bezel around the screen, because this did not affect the size of the case. 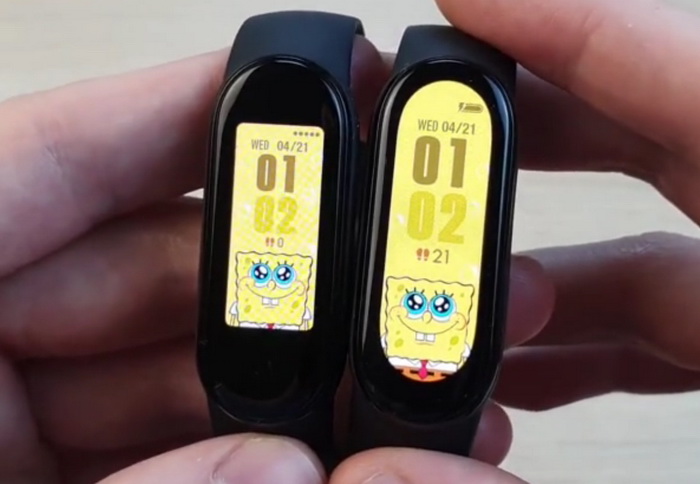 Of the clear advantages in the characteristics of the screen of the Mi Band 6 over the Mi Band 5, one can single out:

In Mi Band 6, the control functions and visual presentation of information have been significantly improved, compared to the Mi Band 5: 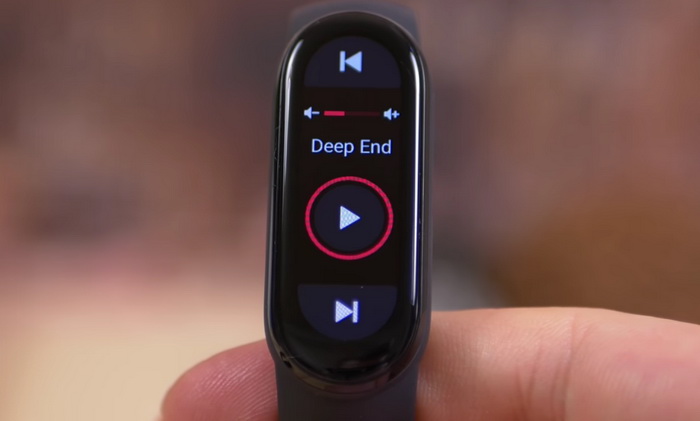 Both bracelets have a set of basic features such as:

The older model received a significant addition in the form of more sensitive sensors for measuring the pulse, a built-in pulse oximeter. 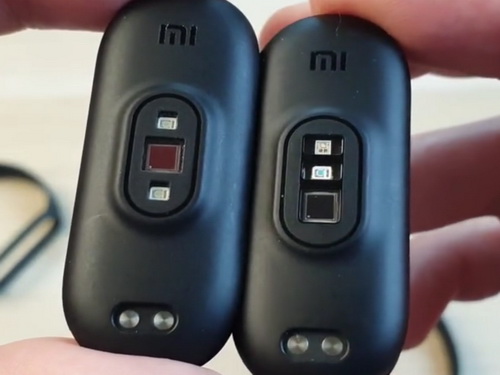 The improved sensors are even now positioned slightly differently than in the fifth generation model, which was done to more accurately determine the new indicators added to the Mi Band 6: 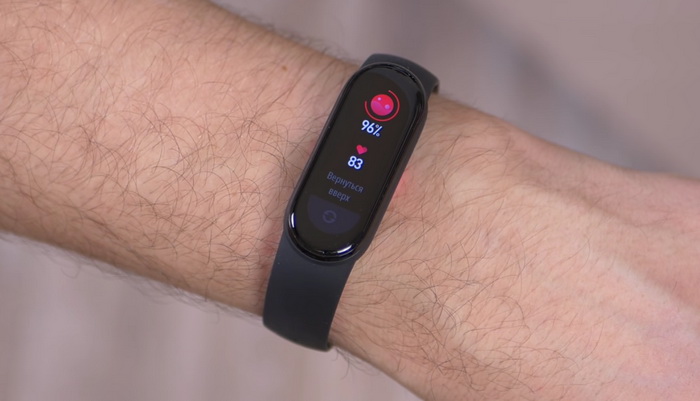 The training opportunities in the sixth version of the bracelet are significantly expanded:

The new version adds a function to lock the device when removed from the wrist, which will be useful, for example, in case of loss of the bracelet. When the function is enabled, when removing the bracelet, you will need to enter the password for access.

In Mi Band 6, unlike its predecessor, the function of setting, turning the alarm on and off directly through the bracelet menu is implemented, which is much more convenient. In this case, you can set not only the alarm time, but also the days of the week, that is, autonomously manage this functionality, without the participation of a smartphone. 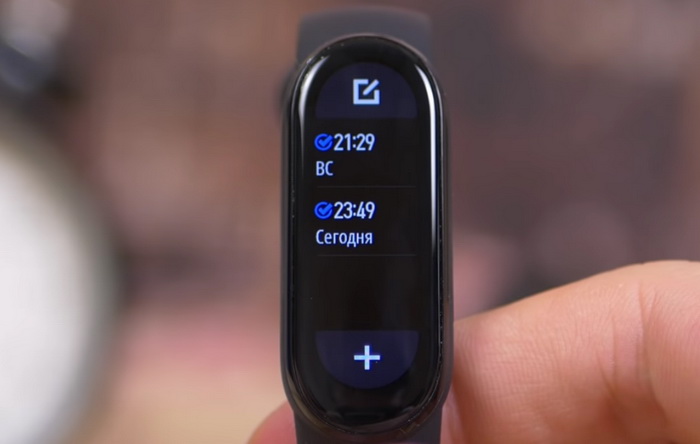 In the new Mi Band 6, the battery capacity is similar to the Mi Band 5 and is 125 mAh, and the full charge time is about 2 hours.

With moderate use of the Mi Band 6, the battery life will be, as for the Mi Band 5, about 14 days, that is, under equal conditions, there are no special differences in the autonomy of the new model. But, given the more resource-intensive screen, with full use of the functionality, the operating time of the Mi Band 6 will be 15% less than the Mi Band 5. 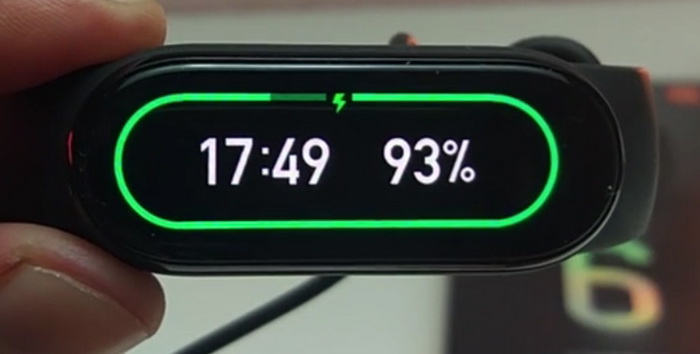 It is also impossible not to pay attention to the changed animation of the indicator of the charging process of the fitness bracelet. Now the display shows the time and the percentage of the charge level in such an original way, which allows you to use the bracelet as a desktop electronic clock.

Summing up, we can safely say that the sixth generation of Mi Band is more modern. The gadget stands out against the background of its predecessor with a large high-quality display, a convenient and smooth interface, additional useful functionality for measuring oxygen in the blood, which is good news. All this indicates that Xiaomi is steadily moving towards increasing functionality while maintaining convenience.

For those who purchase a fitness bracelet for the first time or who have a version older than the fifth, it is definitely worth paying attention to Mi Band 6 as a more advanced version of Mi Band 5, which has already proven itself on the good side.