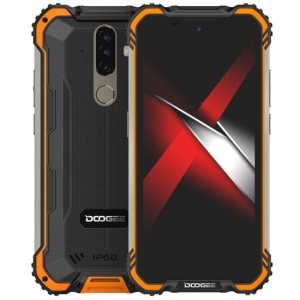 Shockproof smartphones are in not the highest, but still stable demand. Who is interested in them? First of all, for those people who lead an active lifestyle: in case of a fall, the probability of breaking a smartphone is much lower than in the case of smartphones in a “regular” case. In addition, many shockproof devices are water resistant. This list includes the best shock-resistant smartphones according to the editorial board at the time of this writing.

There is an NFC module, and the main camera received three modules at once. She usually shoots.

The declared protection against water is IP68 / IP69K. 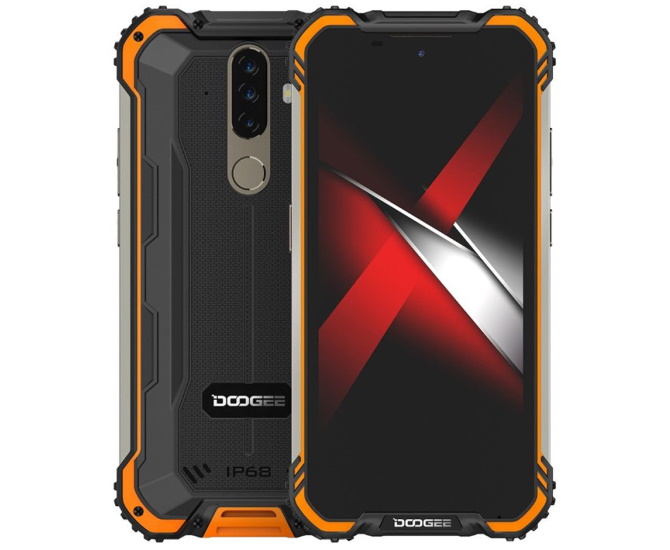 The smartphone has a very high battery capacity – as much as 8000 mAh. There is fast charging – without it, the smartphone would take a very long time to charge. The declared protection against water is IP68.

There is no NFC in this model, but there is a fingerprint scanner. 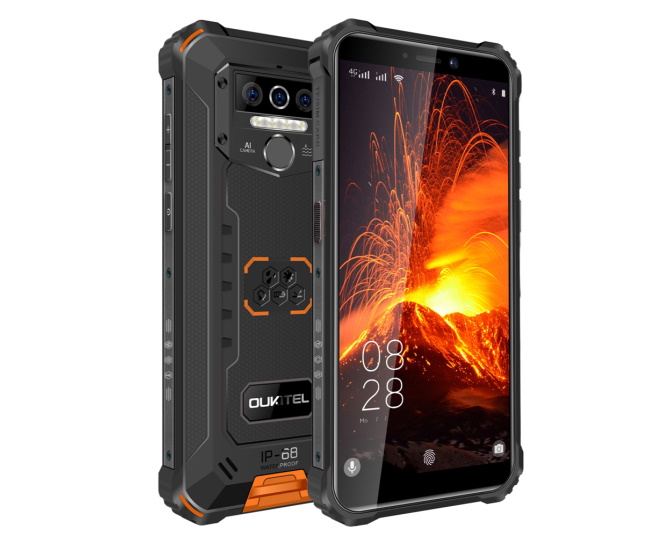 Blackview BV9500 Plus
The main feature of this smartphone is its powerful battery. Do you know what its capacity is? As much as 10,000 mAh! Therefore, do not be surprised that together with the shock-resistant case, the smartphone weighs more than 350 g.

This is a relatively advanced device: a MediaTek Helio P70 processor, 4 GB of RAM, 64 GB of ROM, there is fast and wireless charging, a good 5.7-inch IPS screen with a high resolution is installed.

Of course, there is an NFC module, protection against water (IP68 / IP69K), a fingerprint sensor and a dual camera. 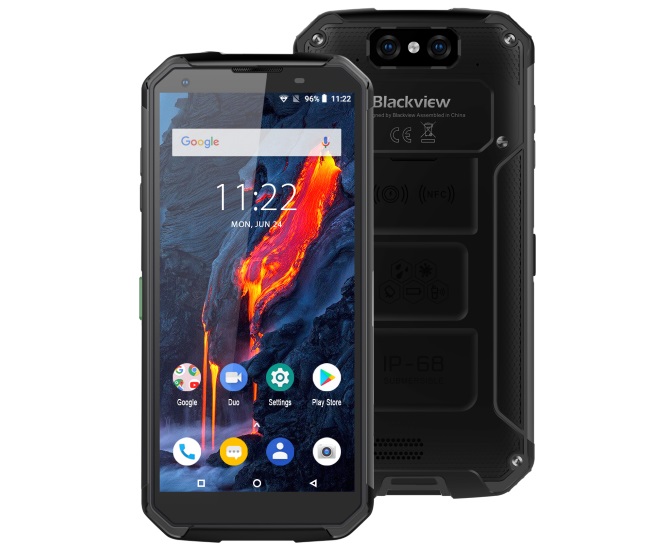 Ulefone Armor 8
Unlike many competitors, Ulefone Armor 8 can be purchased in one of three colors. Rather, the colors of the sidewalls – the body itself remains black.

There is a scanner, triple camera and NFC module. 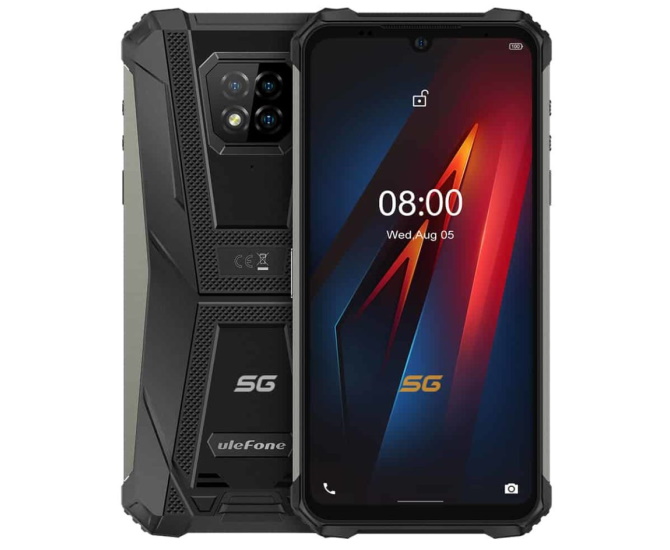 Please note that there is no fingerprint sensor. But there is IP68 water protection. 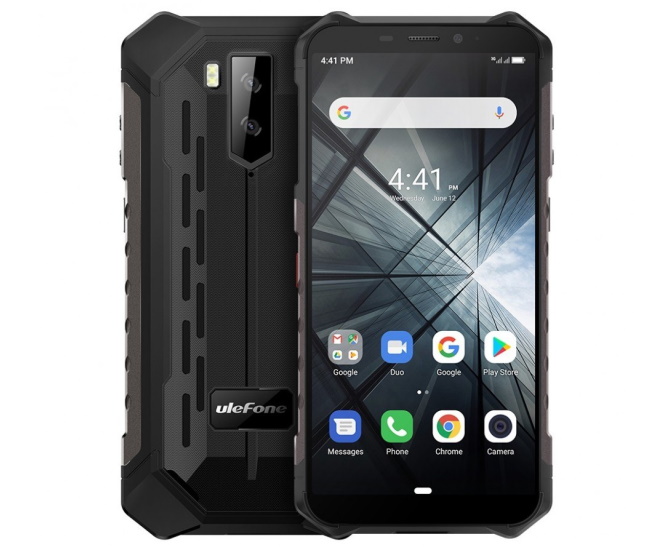 OUKITEL WP5 4/32GB
In many ways, OUKITEL WP5 copies WP5 Pro, but there are some differences between them.

For example, the design of the cases is slightly different, and in addition, there are slight differences in size. 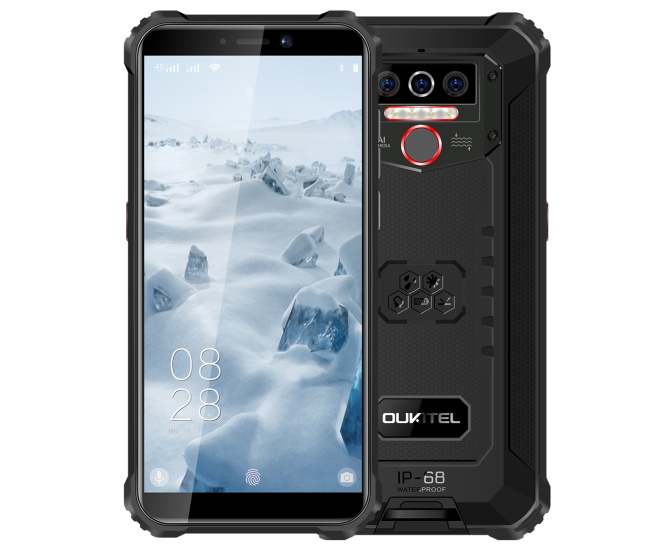 DOOGEE S68 Pro
On the back of the body of this smartphone, you can find the inscription IP68, which obviously indicates the degree of protection of the smartphone.

It has a cute design, but more importantly, a powerful 6300mAh rechargeable battery with support for both fast and wireless charging. Of course, an NFC sensor is installed.

The smartphone uses a MediaTek Helio P70 chip, the amount of memory with a margin: 6 GB of RAM and 128 GB of ROM. On the back cover there is a triple main camera. 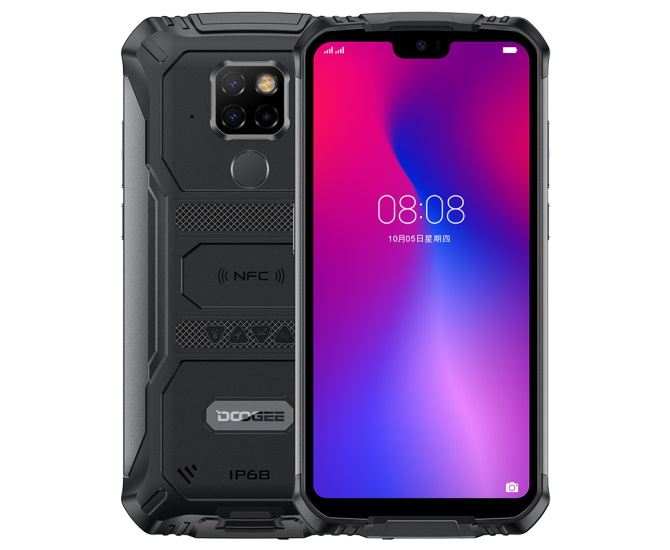 Both fast and wireless charging are announced, although the battery capacity by the standards of shock-resistant smartphones is far from being a record – 4380 mAh. There is an NFC module and a fingerprint reader. 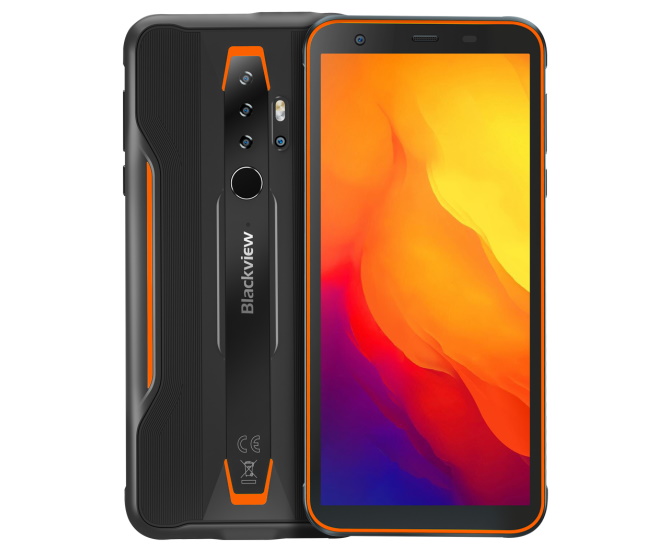 OUKITEL WP7
OUKITEL WP7 is one of the most expensive shock-resistant smartphones in retail. But this is due to several important factors.

OUKITEL WP7 is said to be the first smartphone with an infrared night vision camera. Moreover, a module can be connected to the device, with the help of which the smartphone receives the function of a sterilizer (this is precisely the information indicated in open sources).

Add a powerful 8000 mAh battery, fast charging, a platform with a very decent power reserve based on the MediaTek Helio P90 processor and 8 GB of RAM. 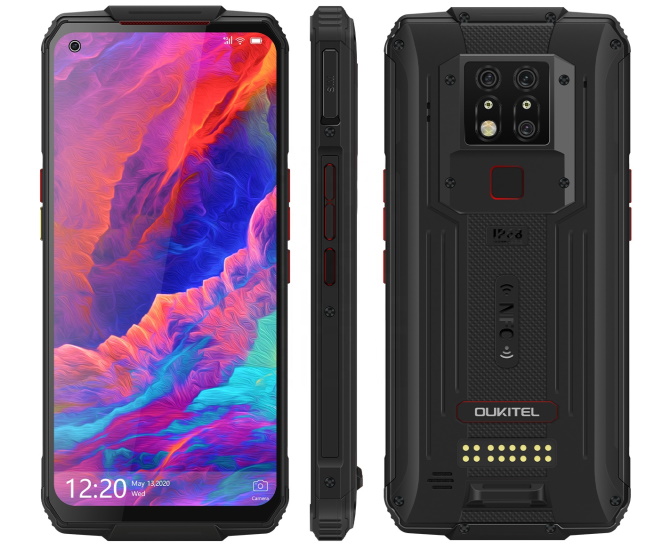 DOOGEE S55
DOOGEE S55 has been on sale for several years, but the model turned out to be successful, moreover, inexpensive, so it can still be purchased.

As for the protection against water, its degree is IP68. There is no NFC, there is a fingerprint scanner. 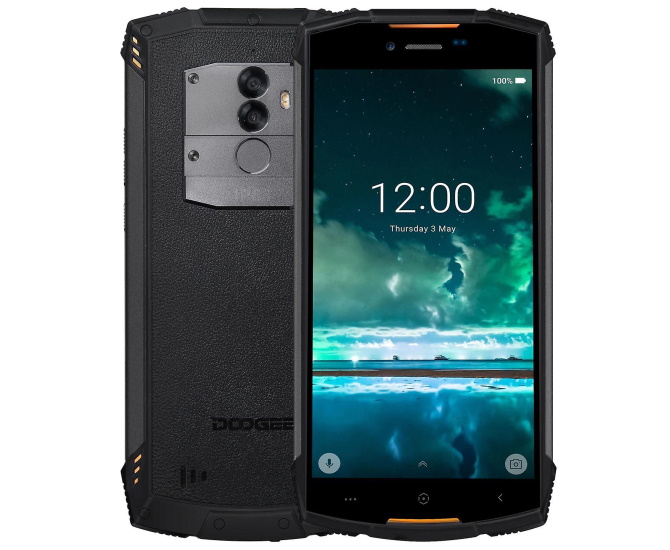 BQ 5033 Shark
One of the most inexpensive shock-resistant smartphones that is only sold on the Russian market. 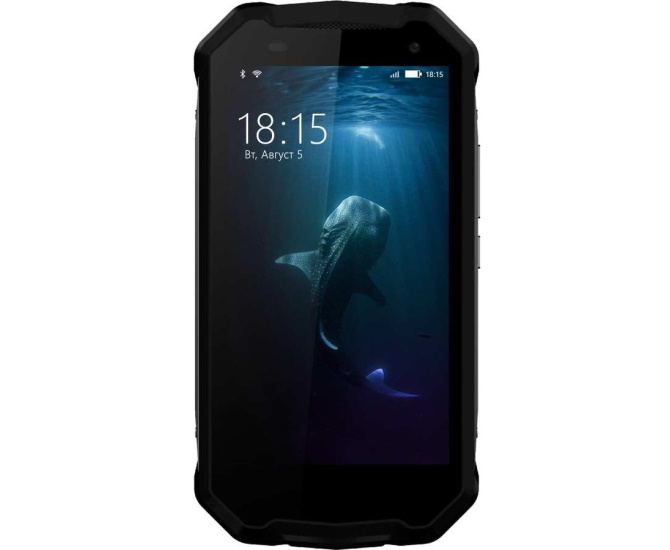 The cute smartphone received a 5.5-inch screen with a low resolution (pay attention to the upper and lower frames), a MediaTek MT6580 processor, 2 GB of RAM and 16 GB of internal memory, a 4650 mAh battery. Fast charging, as far as we found out, is not supported.

There is no NFC, there is a fingerprint sensor. 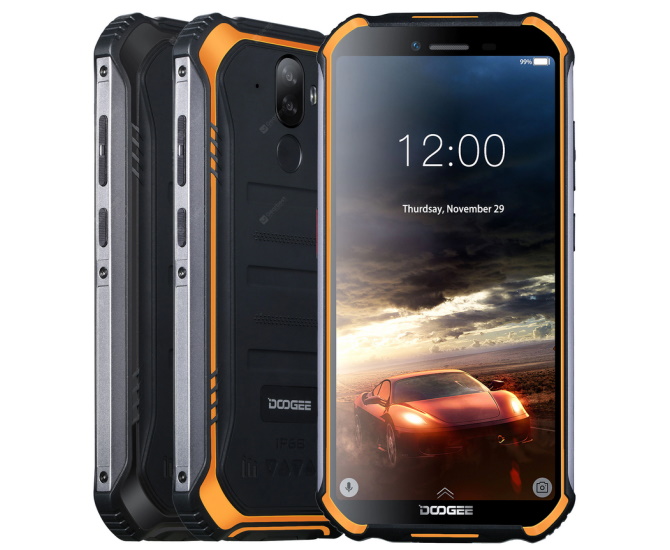 DOOGEE S40 Pro
Despite the fact that the DOOGEE S40 Pro outwardly literally copies the younger model S40 Lite, there is a significant difference between them in the technical part.

So, the Pro version received a similar 5.5-inch display, but the declared resolution is higher – 1440 × 720 pixels. The amount of memory has increased: now it is 3 GB of RAM and 32 GB of ROM, and the more recent Mediatek Helio A25 is used as a chip.

We did not find any other differences – apart from the cost, of course.

The smartphone stands out with a very cool back cover design, but something else is much more important – we have a smartphone with a thermal imager (hence the price). Not everyone will benefit from this functionality, but in some professions it is extremely necessary, so the BV9800 Pro will be in demand. 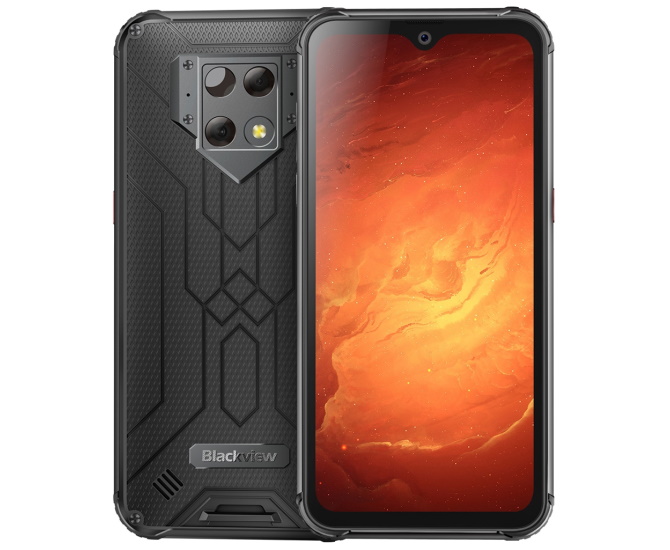 OUKITEL WP8 Pro
OUKITEL WP8 Pro received a 6.49-inch display, but another thing is important – the screen occupies almost the entire area of ​​the front panel.

The processor is MediaTek Helio P22, the memory capacity is 4 GB of RAM and 64 GB of ROM. At the back is a large triple camera module, while the front camera is hidden in a waterdrop notch.

The battery capacity is 5000 mAh. Interestingly, the fingerprint reader is located in the side power key. 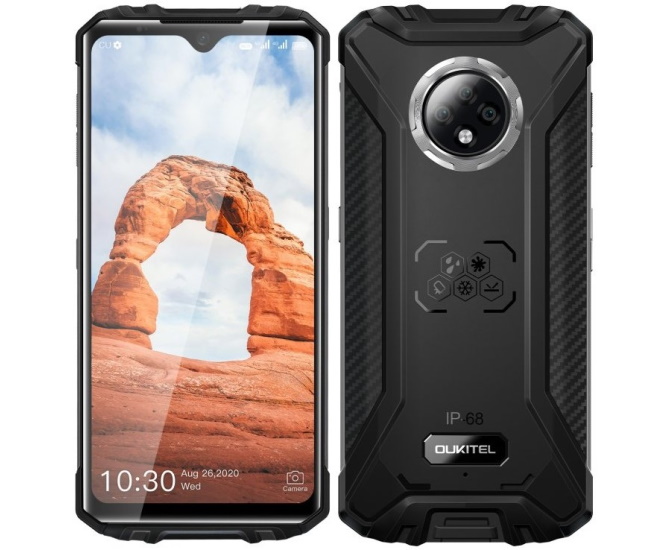