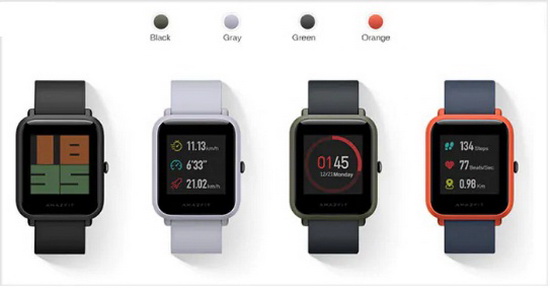 The Xiaomi Amazfit Bip 2 smartwatch appeared relatively recently. The main difference from the previous series is the updated design, support for Bluetooth 5, improved GPS and Glonass systems. The color scheme is available in 5 variations. In its segment, this version of the smartwatch has become one of the most anticipated products. The device has passed all the necessary tests and certification, and is available in many countries around the world, including ours.

The presentation in China took place on June 11, 2019. Pre-orders for the device are already being made on some portals and Internet sites. The approximate period for entering the world market is this summer.

The release date in Russia is not known for certain. On Aliexpress and in free sale, the cost of the gadget will be 1600 yuan (200 euros). The price of the device on GeekBuying is $ 116. The original of the previous version sells for $ 60.

Smart watches and bracelets in the Xiaomi store

The second “Bip” received a 20 mm strap, a rechargeable battery increased to 200 mAh, and enhanced protection against dust and moisture. The display of the new modification is thinner, and bright colors are designed for young people.

Other parameters (the characteristics of the review of the predecessor are given in brackets):

A few more minor changes – the power button became flat, not round, the connector for charging and heart rate monitor got a different shape.

Amazfit Band 2 differs only slightly from its predecessor. The texture of the material of manufacture is different, the second generation has visually become darker. The model maintains a similar display size with a reduced body thickness.

The diagonal screen size remains the same (1.28 inches), as does the bezel around the display. The number of colors increased to 24 (in the first generation there were only eight). 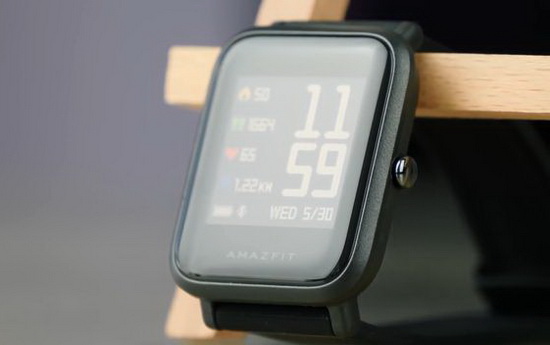 There are also changes in the software. Previously, the software was codenamed DongTingHu. The new Amazfit, which is being developed in MiFit, is referred to by the developers as Amazfit Bip.

Among the options are NFC, Mi Band 3, which will work only in the Middle Kingdom. For the domestic consumer, this innovation is not interesting.

Tracks are stored on a smartphone, for their correct playback a stable connection via Bluetooth is required.

The battery capacity of Xiaomi Amazfit Bip 2 is 200 mAh, which is 10 mAh more than its predecessor. The battery life is about 40 days.

One of the most curious features discovered by AndroidTR specialists is the memory filling of the dials, which additionally confirms the coding of the gadget’s interface.

The new Xiaomi smartwatch is equipped with Near Field Communication. The programmers posted a picture of a gadget with NFC on the network (without an official comment from the manufacturer). The image shows that the device communicates with the terminals using a wireless connection. It will be possible to pay for a product or service directly from the clock.

Reviews of the first owners

I received a watch as a gift from friends from abroad, the functionality and design are completely satisfied.

I ordered the watch by a parcel on one of the trading platforms, sent it in a special package with a bubble protective film, I have not found any minuses yet.

I used the first “Beep” for half a year, I decided to give my wife an updated version for my birthday. I think that the novelty is well-developed, although the price is a little overpriced.

I lead a healthy and active lifestyle, smartwatches help control energy and calorie expenditure. Many useful functions have appeared in Amazfit 2, it is a pity that not all of them work with us.