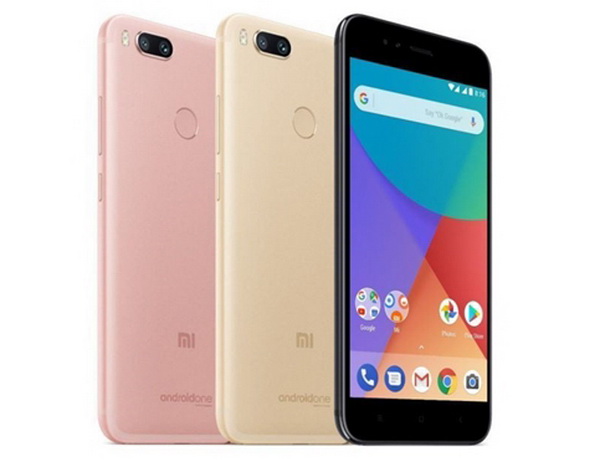 Phones from Xiaomi have been in great demand in recent years, both in the US and in other countries, despite strong competition from Samsung and Apple. Yes, they are preinstalled with the Android operating system with a kind of MIUI shell. It has been significantly changed from the usual Android OS, but users have long been accustomed to all the subtleties and capabilities.

Actually, that’s why the interest in the Xiaomi Mi A1 also did not go unnoticed. If you wanted to know about all the technical characteristics, capabilities and features of the device, be sure to find them in this material.

Let’s start right away with the general characteristics of the device so that everyone understands what we are dealing with.

This smartphone belongs to the middle class, therefore, it is in demand by users around the world. Works on the basis of the operating system Android 7.1.2, and completely “naked”, which really surprised users. Usually Xiaomi smartphones are provided in their own modified shell, as we said at the beginning of the article, but here we decided to go this way. But more on that later …

The smartphone uses 4 GB of RAM, not a very powerful processor with 8 cores of the 625 series (Snapdragon). The graphics processor Adreno 506 is responsible for the graphics. By default, 64 GB of internal memory is installed, but the user can always expand its amount with a separate microSD card up to 128 GB.

There are all communication standards for Internet access, including 4G, Bluetooth 4.0, Wi-Fi.

The phone uses 2 cameras. The main one with two modules of 12 Mp and a front one of 5 Mp.

Now we will specifically go through each item in order to identify all the disadvantages and advantages of the device, its capabilities, features.

The body is made of aluminum, quite thin, so it looks very stylish. But if you look closely and compare with the iPhone 7, you will immediately notice many similarities, as if the designers from Xiaomi were trying to copy the iPhone’s design, with only minor changes. This can be clearly seen in the bottom panel, in the rear camera modules, but of course there are some obvious differences. 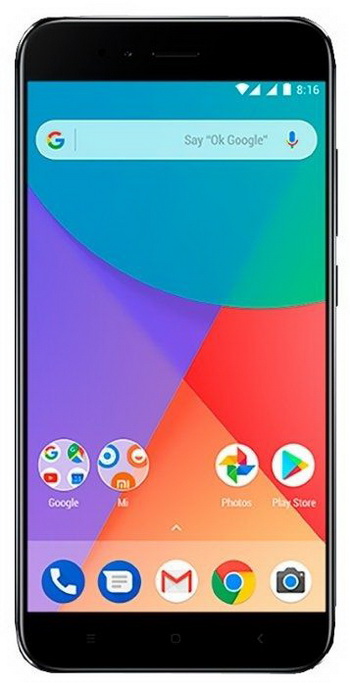 The only disappointing thing is the fact that Xiaomi did not bring some of its novelty, like the same Samsung or even Nokia, which recently launched a new line of smartphones after a long hibernation.

On the back there is a fingerprint sensor located at an optimal distance from the top edge of the smartphone. It is convenient to interact with it, even if you do not turn the phone back to you. 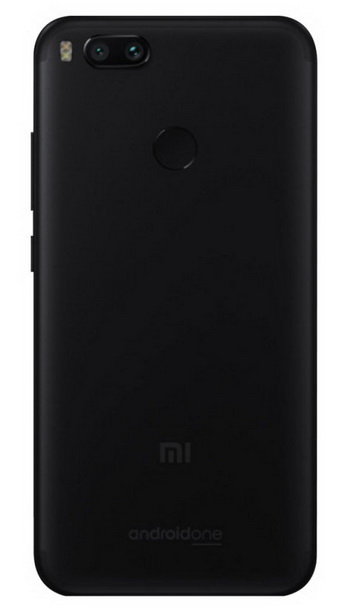 On the upper edge there is a special infrared port, with which you can control the TV using your device as a remote control. There’s even a built-in app for that!

Don’t forget about the built-in USB Type-C port, which you can’t do without. A standard 3.5 mm jack is used for headphones.

On the right panel there are volume and lock buttons, and on the left there is a slot for SIM-cards. You will be able to insert 2 sim cards of the Nano format. Another interesting feature is that instead of one SIM card, it is possible to insert a MicroSD card to expand the volume of the smartphone.

The front of the phone is equipped with a tempered glass Gorilla Glass 3, which firmly protects the device from scratches and other damage, which cannot be said about the rear camera.

If you use the M1 without a case, expect to scratch the camera lens due to the protrusion.

The surface of the phone is smooth, but it gets dirty very quickly, so it is recommended to purchase a cover, since even light touches leave grease marks on the panel, which are quite difficult to remove with a regular silk cloth. 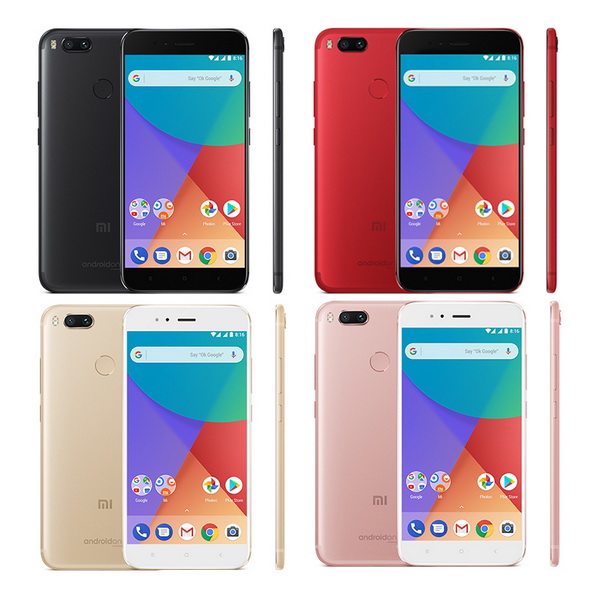 Actually, we smoothly move on to the display. There are no special complaints here, but you can not expect anything special either. It’s still a mid-range smartphone!

The diagonal is 5.5 inches, and the resolution is 1920 by 1080, Full HD support is provided. This has become standard for a long time, so all manufacturers are trying to implement support for this resolution in their devices. 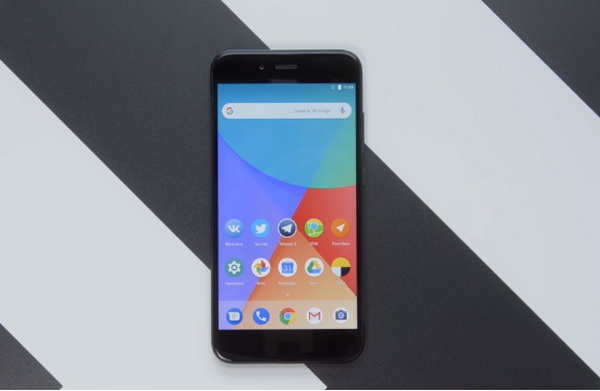 High color accuracy, excellent contrast and gamma are immediately felt. But, if you compare with other Xiaomi devices with their modified shell, you will notice that there is no color temperature adjustment here! That is, it will not be possible to adjust cold or warm tones. All that is available in this version of Android is the usual brightness control.

The sensor on the screen works fine. When the device is operating on a sunny day, there will be no glare, everything is visible on the screen without glare, clearly and colorfully.

This is one of the important criteria that potential buyers pay attention to when reviewing devices. We can safely say that Xiaomi greatly overrated its camera when they promised us a worthy competitor for the iPhone 7. It wasn’t it! But it is not all that bad.

On the back there is a 12 megapixel dual camera and both are color. But at the same time, one camera is equipped with a focal length of 26 mm, and the other at 50 mm. Thanks to this, the user can work with 2x zoom and create clear pictures. 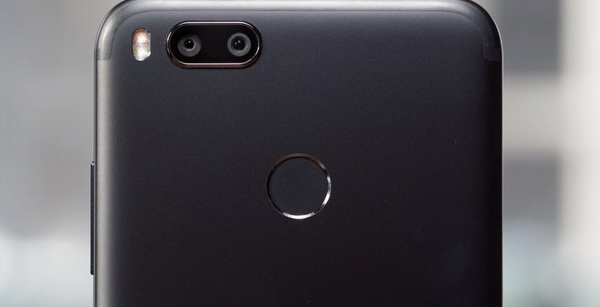 I am very pleased with the work of the camera with portrait mode, when the background behind you is blurred. But, as numerous tests show, in order to create really high-quality pictures in portrait mode, it is necessary to adhere to ideal lighting conditions. For example, indoors they are not of very good quality, but on the street, with the proper level of lighting, they are very professional. The camera perfectly processes the photo in this mode, and if you zoom in, you will see that the background is blurred, but at the same time the person’s appearance is very bright and accurate, there are no sharp transitions in pixels.

The work with HDR mode, which allows you to create better photos, is also encouraging. If you are trying to photograph at night, do not count on high-quality images. Yes, Xiaomi has a hard time with this in this device. It can be seen that they cheated.

The video supports 4K, and it looks really pretty good.

The focusing system is also pleasing. When you move the camera, it will automatically focus on objects, and it does this within a second. In HD format, you can shoot in slow motion.

But for more accurate tests, each user must customize the parameters for himself, and fortunately, even in this version of Android, there are plenty of them.

The battery capacity is 3080 mAh. And this is after Redmi provided us with a whopping 4000 mAh! Despite the fact that the phone has a special energy-efficient processor, the smartphone will have to be charged at least once a day or a day and a half. But the phone runs out quickly if you really actively use it, watching videos on the Internet using a wireless connection. For not very active users, the recharge cycle will be several times less frequent.

If the phone is in sleep mode, then in a day you will lose only up to 10% of the charge.

In airplane mode, you can generally count on a record 1-2%.

There is no fast charging here, and this is a big disadvantage. Many users are accustomed to this feature, but, alas, this will definitely not be included in the cost of such a configuration. As user tests show, the attempt to operate the wireless charging power supply was unsuccessful.

One of the most exciting questions for users is what is the performance of a smartphone? What is he capable of? This is a middle-class model, so do not place special hopes on it.

The processor here, as mentioned earlier, is the Snapdragon 625, an eight-core with a clock speed of 2 GHz. A distinctive feature is not a strong load on the smartphone, low battery consumption.

In general, the smartphone works quickly, without failures, glitches and freezes are not observed. Everything is fast and clear, despite the fact that the processor has been installed in budget models for 2 years already.

This model has a built-in good speaker for conversations and two microphones. The audibility is excellent. The external speaker also has no complaints. In terms of volume, it surpasses some of its competitors, and at the same time does not wheeze, does not rattle.

The sound works great even in headphones, which are not even of the best build.

In general, the sound quality is excellent, no complaints.

This is one of the most interesting points that all Xiaomi fans should know about. You are probably used to the fact that all devices from this company are provided with the MIUI shell, in which there are so many additional options and settings. But no, you won’t see that in M1.

Good or bad – you decide. Someone likes the completely “naked” operating system Android, since there are no third-party widgets and skins, nothing loads the system. And there are those who like the extensive list of settings and additional features.

By default, Android 7.1.2 is installed, and you can be sure that this device will be supported by developers for another 2 years, so you will definitely find the release of version 8 on the M1. The model participates in the program from Google – Android One, so you will receive updates regularly! 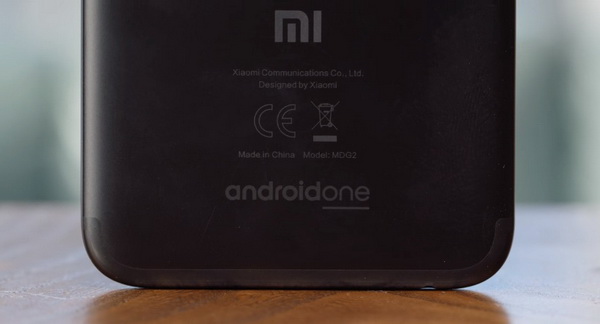 In the operating system, you will already have 2 standard applications installed, namely a camera and a remote control to control, for example, a TV via IR, replacing the original remote control. The camera application is needed to fine-tune the various modes in the smartphone.

Nothing extra. Even very poorly. In addition to a smartphone, you get a cable for connecting to a computer, charging and a small instruction.

In Russia, the cost ranges from 17,000 to 20,000 rubles, but not everywhere it can be found due to the large influx from the consumer.

Xiaomi has advertised this device very well, and therefore, in the first stages of sales, such a stir among buyers has risen.

For its price, a very good smartphone, which is provided on a clean operating system, and is guaranteed to be updated for another 2 years. Nothing superfluous, no skins and other widgets. On the one hand, such an operating system looks very poor and not impressive, but on the other hand, you do not have to figure out how to unlock the bootloader, and this is a very tangible plus!

Excellent build quality, high speed, not the best battery in terms of capacity, but still it will be enough for active work throughout the day.

If you need a device for taking high-quality pictures, here look towards the iPhone 7, because the M1 in this regard can not boast of high quality. Yes, for an amateur, “near-professional”, but still falls short of the iPhone.

Another disadvantage is the lack of NFC technology, so you can forget about paying with bank cards in the metro or shops. But you have an infrared port to control TVs …